USE OF 360° PHOTOGRAPHY AND VR IN SOCIAL EVENTS

USE OF 360° PHOTOGRAPHY AND VR IN SOCIAL EVENTS

Let’s visualize a scenario, your sister is getting married in Delhi and your frail old grandmother stays in Mumbai. Her health condition wouldn’t
permit her to travel to Delhi to bless her dear granddaughter on her special day. If this had happened 20 years ago, then she would have had to
be happy with the printed photos which would arrive at least ten days after the marriage ceremony. What if we say that the grandmother can
participate in the wedding ceremony while sitting comfortably at her Mumbai residence without having to undertake the long arduous journey.
Sounds incredible, right?? Well, it’s very much credible today. Modern computing technology and high end photography with 360 degree cameras
have joined hands to bring to you a stellar new experience where you can virtually enjoy an event happening far away from you. That’s the magic
of Virtual Reality and 360 PHOTOGRAPHY

Virtual reality (VR) is a computer-generated experience in which a person uses electronic devices like special glasses, headsets and hand held
devices to virtually participate in the digital world. VR is of a number of types such as non-immersive, semi-immersive and fully immersive. 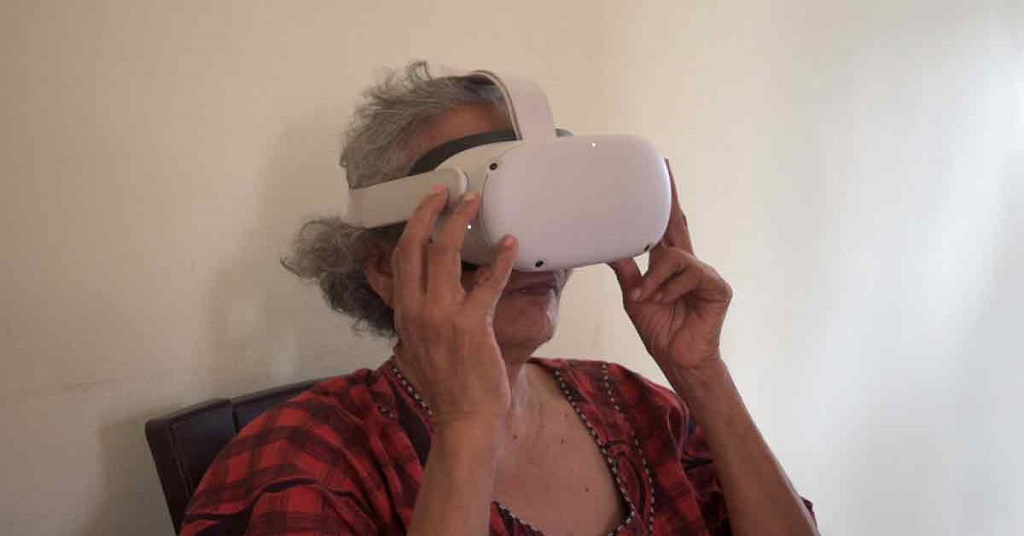 Photography has evolved in quantum leaps and come a long way since the days of black and white photos. Today, your field of view need not be
restricted to what is lying right in front of the camera, it can be a 360 o view of the entire surroundings. 360 o photography is an ingenious way of
getting the whole picture without having to move a limb. 360 o photography in conjunction with VR have a wide array of uses, ranging from tourism,
entertainment, realty sector, medical sector, training purposes to social events like weddings, birthday parties etc.

When we apply 360 o photography and VR to social events such as marriage ceremonies, sangeet, engagement parties, birthday parties, religious
discourses, seminars, training etc. we preserve your special moments for ever and augment the experiences further. The near and dear ones who
couldn’t be physically present at the occasion can virtually experience the thrill of being there and enjoying the occasion parallelly or at a later
point of. Time when is convenient to them. To enjoy this unique experience, all one needs is a good internet connection and a few gadgets which
will bring alive the virtual world and transport you to the actual event as if you are seeing everything with your own eyes and feeling the vibes of
the event with your own senses.

So, whether it’s for your grandmother who can experience her grandchild’s marriage from far away or you wish to have a virtual darshan of the
Lord Ganesh or beautiful Ganga Arati at Varanasi or you want a recap of the college seminar on your favorite topic or maybe you want to go back
down memory lane and experience the thrill of your own birthday bash or a party you hosted from a few years ago, this technology will come in
handy for all your requirements.