Ballaleshwar Temple at Pali is the third temple to be visited in the Ashtavinayak yatra. Unique fact about this temple is that, it is the only temple
where the form of Ganapati has been named after his devotee. 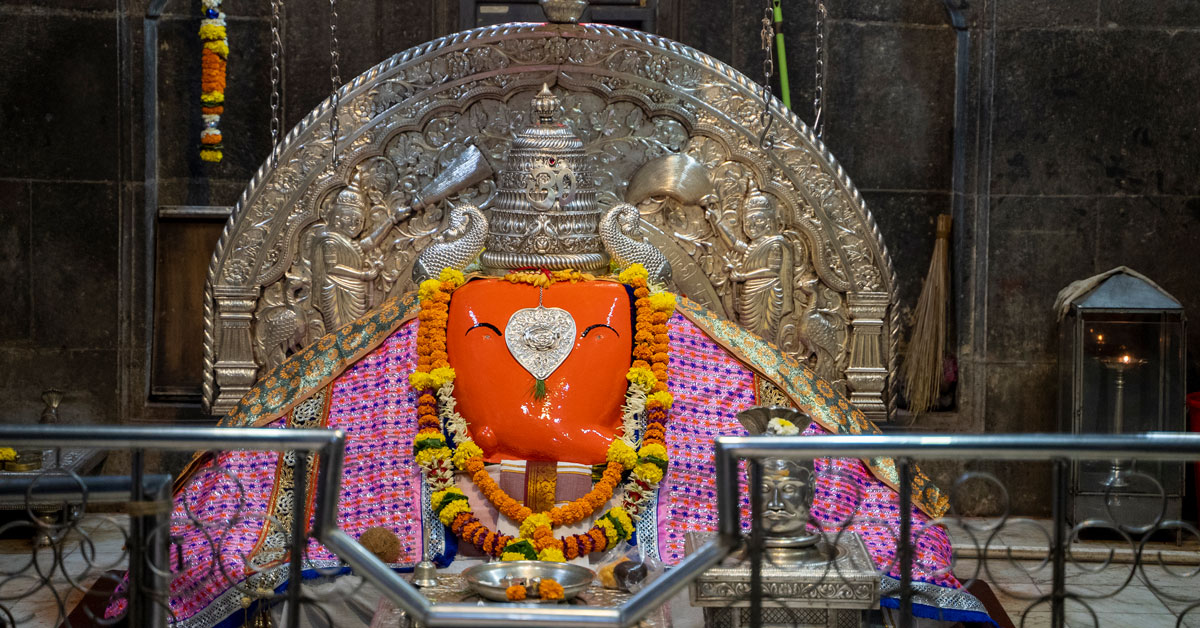 The Location –Pali is located 120km from Pune, off the Mumbai-Pune expressway. To reach Pali, one has to take the left side exit after crossing Khalapur and continue along the Khopoli-Pali road for about 40km. From the town of Roha, Pali is around 28km.

The Legend & temple story – The legend associated with this temple is very intriguing and speaks of the benevolence of the presiding deity. Ayoung boy called Ballal lived in this village, son of a wealthy businessman named Kalyan Seth. Ballal was an ardent devotee of Lord Ganesh who along with his friends used to worship the Lord in the form of stones and rocks in the jungle. Once he was so engrossed in his worship thathe and his friends didn’t return home which led to the villagers complaining to his father. In a fit of rage, Kalyan Seth went to the jungle to lookfor his son. When Ballal and his friends were found immersed in the puja of Ganesha, Kalyan Seth thrashed Ballal mercilessly and destroyed thestone idol and all the puja articles that the children had accumulated. Ballal was tied up to a tree and left in the jungle to die. At this time, Ballal cursed his father for having disrespected Lord Ganesha. 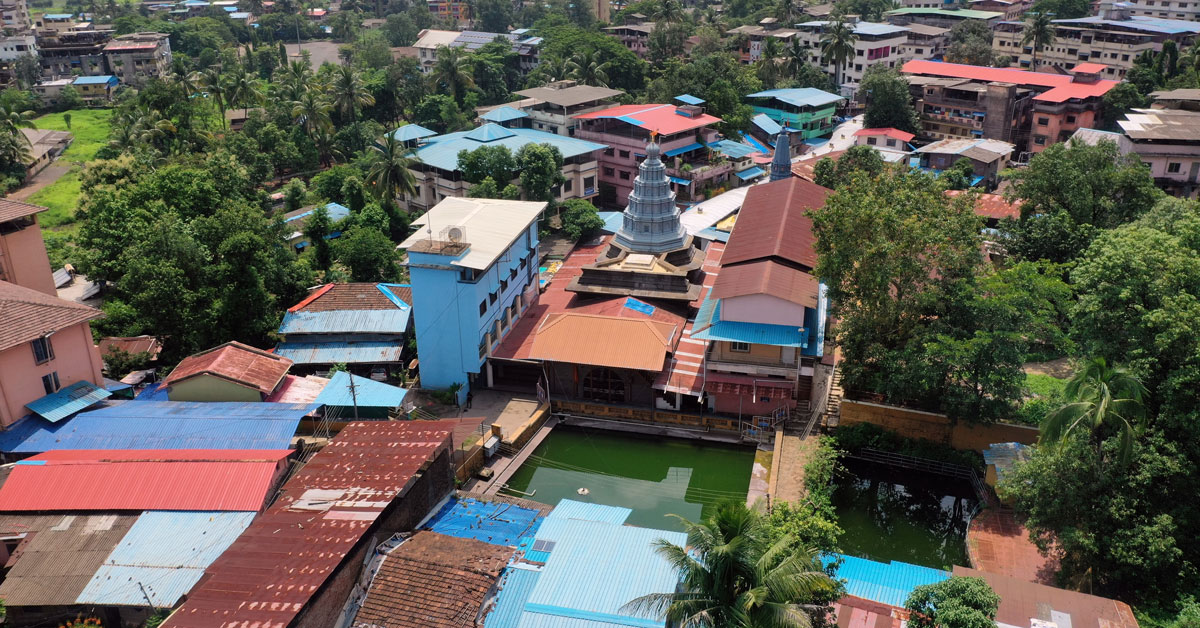 Despite the torture and trauma, Ballal continued chanting the name of Ganesha and then he fainted. Seeing the plight of his young devotee, Lord
Ganesha was moved and he appeared before the boy in the form of a sage.  Ganapati wanted to bless him with whatever he wished for, but Ballal
only requested to remain an unshakeable devotee and that Ganapati should stay at that place and remove the miseries of all his devotees. Lord
Ganesha was so moved by the true devotion of the boy that he took Ballal’s name in front of his own and remain there for eternity, thus becoming
Ballaleshwar (meaning Ballal’s lord). The stone which Kalyan had broken, revived again and is known as “Dhundi Vinayak” and this swayambhu
idol is worshipped before Ballaleshwar.

The idol in the sanctum faces east and is placed in such a way that after Dakshinayan, the morning rays of the sun fall on the idol. The orange
sindur smeared stone idol has diamonds studded on it and the trunk is turned leftwards. The idol is seated on a stone throne and the background
has silver decorations showing Riddhi and Siddhi waving chamars or fans. The temple was designed by Moreshwar Vitthal Sindkar in 1640, later
the wooden temple was replaced with a stone temple designed by Shri Fadnavis in 1760. A bell brought back by Chimaji Appa is present in the
temple, it was part of war booty after he conquered the Vasai fort from the Portuguese. The temple complex has a couple of lakes.

The specialty of this temple is that besan laddu is offered as prasad instead of modak.

To get Virtual Darshan of Shri Ballaleshwar, Pali – Click Here

Things to do around -The Sarasgad fort is situated nearby and is an interesting place offering panoramic views of the surrounding places. The famous tourist attractions of Lonavla and Khandala are not very far away.