Varanasi is one of the oldest inhabited cities in the world and considered the holiest city in India. It is like a living encyclopedia of Hinduism with
numerous temples dotting the lanes of the city. One amongst them is the Durga Mata Mandir or Monkey temple which is highly revered especially by
followers of Shakta tradition. 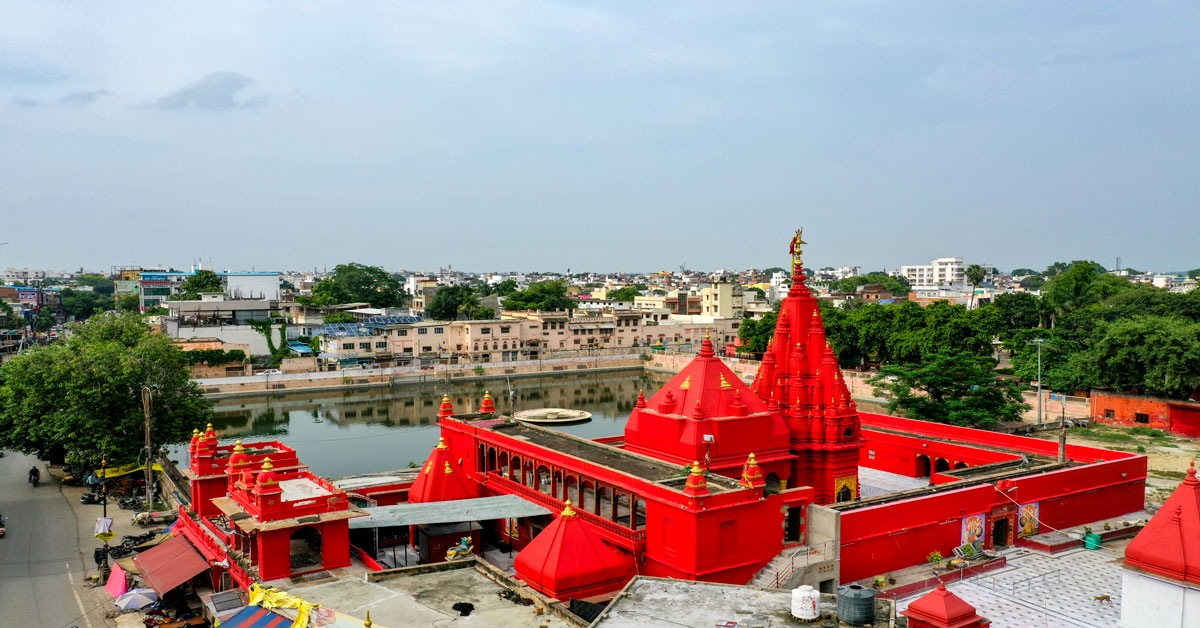 Location – Durga Mata mandir is located on Sankat Mochan road in Varanasi city and can easily be reached by rickshaw, auto or car.
The legend and temple story – The legend associated with this temple is a story of adventure and romance. It is said that once upon a time there
was a king of Ayodhya named Dhriva Sandhi who had a son named Sudarsana. Due to court politics, Price Sudarsana had to go and live in the
forest with his mother Manorama. He was a great devotee of Goddess Vaishnavi and had been blessed by her. Sudarsana was in love with
princess Sasikala, daughter of Subahu (King of Kashi). Sasikala’s swayambar was organized but she secretly got married to Sudarsana, this was
taken as an insult by the other kings and princes who had been invited. They decided to wage a war against Subahu. Goddess Durga appeared to
help Sudarsana and Subahu and led to their victory. Subahu became a great devotee of the Devi and requested her to stay in Kashi, Devi Durga
obliged by staying on in Kashi at the Durga temple.

Local legend says that the Durga Mata idol inside the temple is not man-made, it is “swayambhu” or self-manifested. The temple that we see was
constructed in 18th century by a lady zamindar from Bengal, called Rani Bhabani of Natore. She was a powerful zamindar with vast property and
had funded the construction of this temple at Varanasi. The temple architecture follows the North Indian Nagara style. As is a common sight in
Varanasi, this temple has a number of small shikharas on top. The mandir is coloured red as a symbol of the power of Devi Durga. Inside the
temple, there are elaborate carvings on stones. There’s a beautiful water tank known as DurgaKund just beside the temple. It adds an aura of
peace to the premises. The presence of huge number of monkeys has earned the epithet “Monkey temple”. 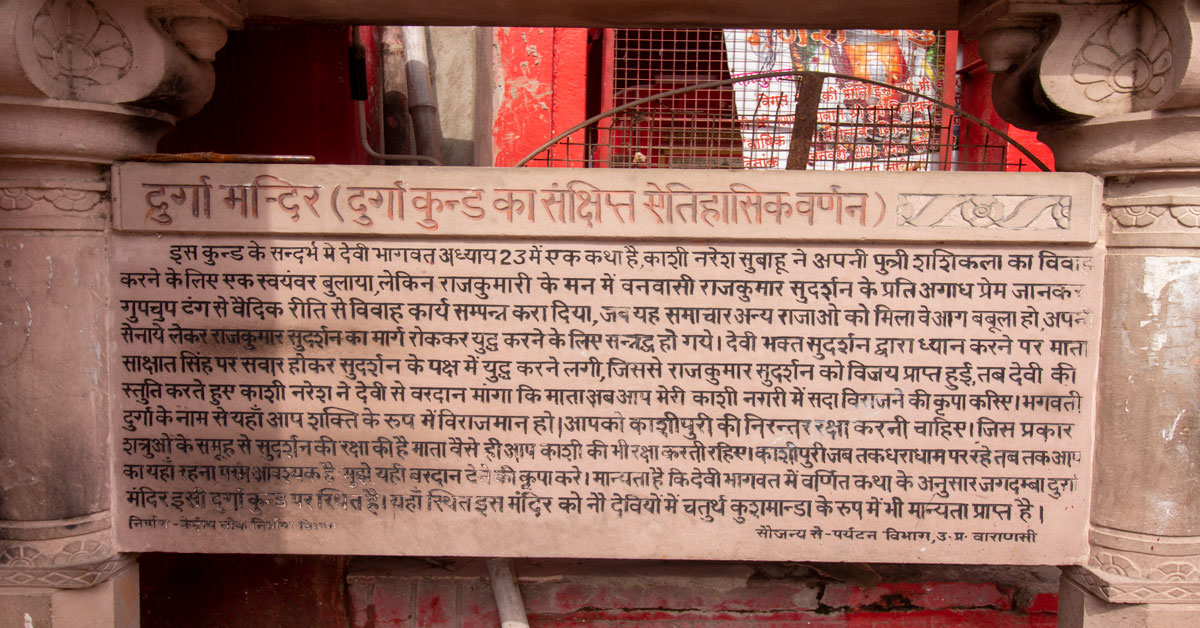 Things to do around – Varanasi is full of places to see and things to do, a single trip to the city can seem insufficient to soak in the full essence of
Varanasi. Points of interest such as Kashi Vishwanath temple, Annapurna temple, Sankat Mochan temple, Tulsi Manas temple, Assi ghat,
Dasashwamedh ghat, Benaras Hindu University campus must feature on a traveller’s list. Just like Varanasi’s travel list, the city’s food and
shopping options are just as fantastic. The world famous Benarasi silk sarees and stoles are truly exquisite, added to that are available lac and
glass bangles, meenakari work items and puja articles. The cuisine of Varanasi has a lot to offer but items like kachori aloo sabji, rabdi, chooda
matar, tamatar chaat, Banarasi thandai, lassi must be tried and the meal is best rounded off by chewing leisurely on the famous Banarasi paan.