Varadavinayaka temple at Mahad Ganpati is the fourth temple to be visited in the Ashtavinayak circuit. 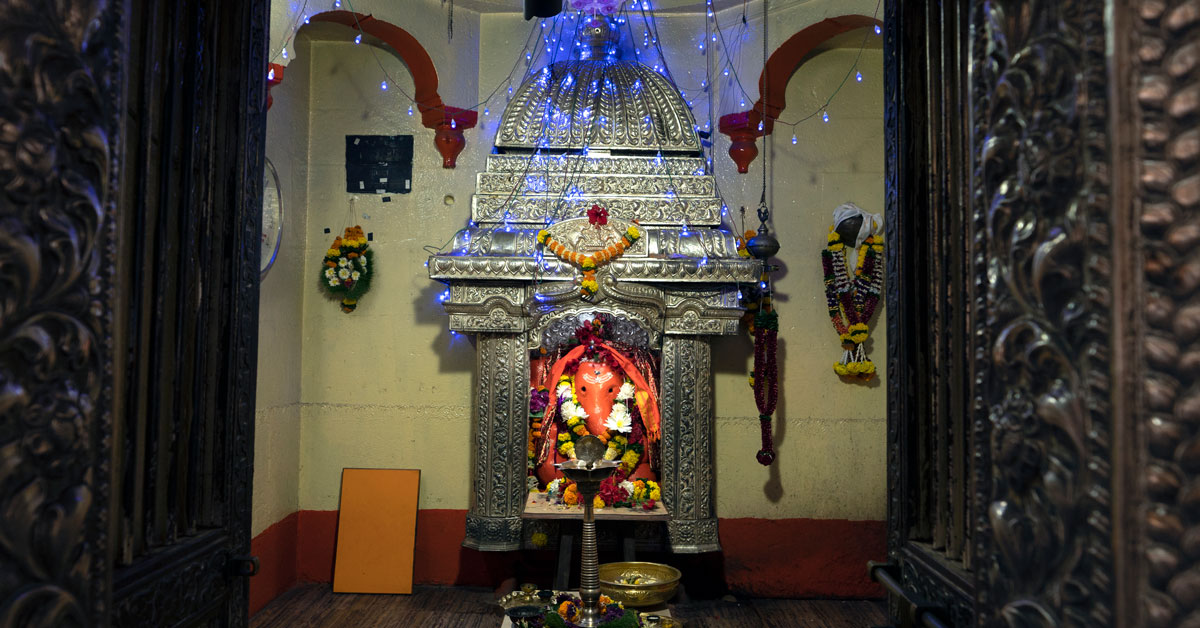 The location – Mahad in Khalapur taluka is located about 87 km from Pune. Lonavla railway station is closeby. The route from Pune to Mahad
passes along the NH 48 and takes a left towards Khopoli Ganapati-Mahad road. This Mahad Ganpati temple is located close to famous tourist attractions like
Lonavla and Karjat.

The legend and temple story – The legend associated with this temple is that the childless King Bhima of Koudinyapur and his queen had gone to
the forest to practice penances, it was here that they met Maharshi Vishwamitra who gave them the blessing that they will have a son. This son was
named Rukmagandha, who grew up to be a very handsome prince. Once on a hunting trip he met Rishi Vachaknavi’s wife Mukunda who fell in love
with the prince. The prince refused the illicit call of Mukunda and left. Later, Lord Indra deceived Mukunda by disguising as Rukmagandha and had
an illicit affair with her, resultantly she bore a son who was named Gritsamada. When Gritsamada grew up he came to know of his mother’s
misdeeds and the story of his birth, he cursed his mother to become the thorny tree called “bhor” and in return his mother cursed him saying that a
cruel demon will be born from him. Both the curses came true, whereby Mukunda became a thorny tree and a demon called Tripurasur was born.
After this unfortunate incident, Gritsamada went into the forest and worshipped Lord Ganesh who was appeased. This led him to establish the
temple of Varada Vinayak inside the forest which is known as Bhadraka. 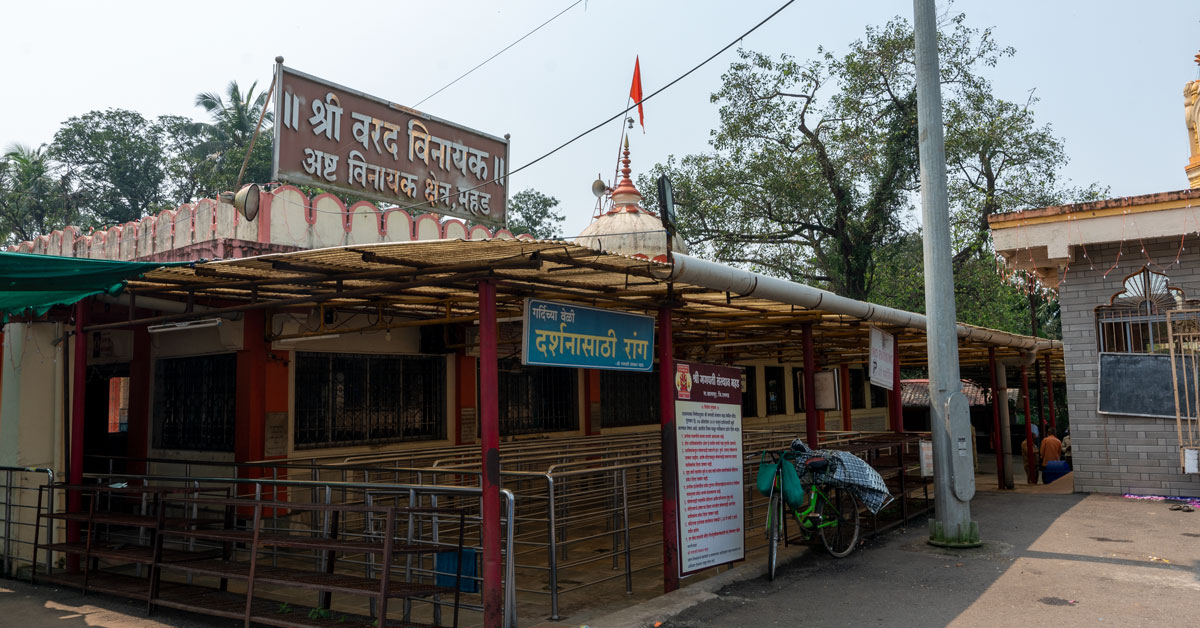 The swayambhu idol of Ganesha was found submerged in a nearby lake in 1690. The temple was renovated by Subehdar Ramji Mahadev Biwalkar
in 1725 AD.  The temple is east facing and the Ganapati idol is left trunked. The oil lamp inside the sanctum is said to have burned continuously
since 1892. Apart from the main idol, idols of Mushika, Navagraha and Shivalinga are also present. This is the only temple where devotees
are allowed to enter the sanctum and offer puja to Ganapati. Maghi Chaturthi is a special festival here and it is believed that Lord Ganesha fulfills
all wishes during this time.

Things to do around – The beautiful hill station of Karjat is located just 17km away from Mahad, while Lonavla is about 20km away. It’s a great idea
Mahad Ganpati, to visit these scenic hill stations while on a pilgrimage to the Varadavinayak temple.