Mahur or Mahurgad is an old fort complex originally belonging to the province of Berar, about 130km to the north-east of Nanded and herein is
situated the temple of Renuka Mata. Renuka devi is revered in parts of Maharashtra and Karnataka and many shrines are dedicated to her. This
particular temple at Mahur is considered to be a Shaktipeetha and thus visited by thousands of pilgrims each year. 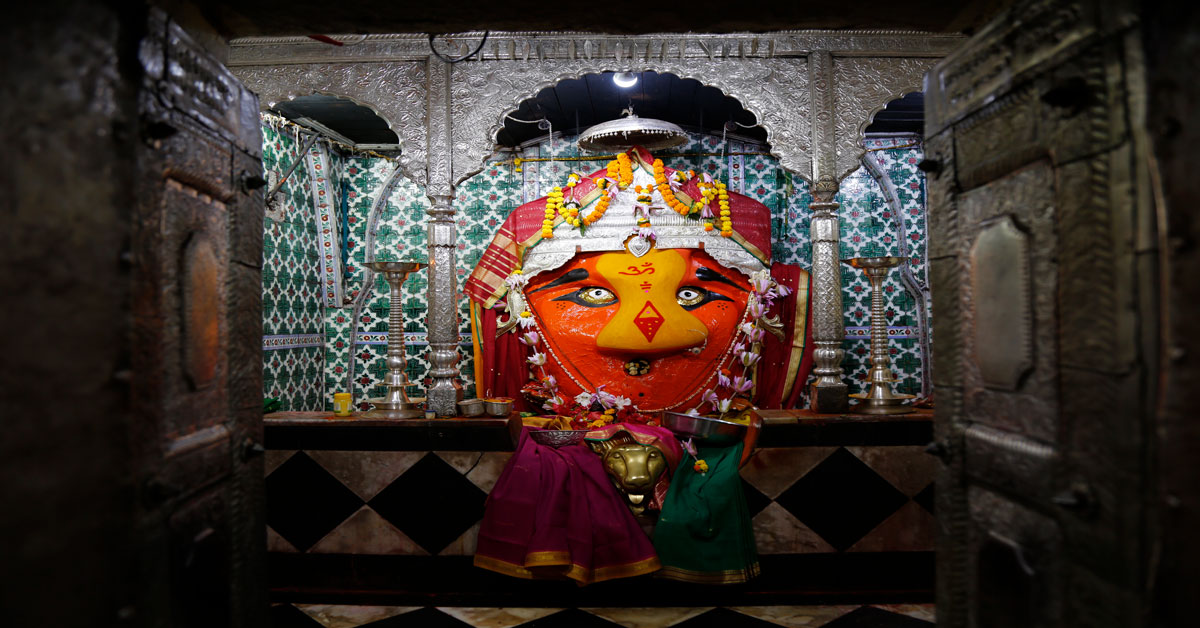 Location – Mahur is located 130km away from Nanded which is the nearest airport and Washim is the nearest railway station while travelling to
this temple. Road connectivity is also good. The temple sits atop one of the three hills in the area, the other two hills having the Datta Shikhar
temple and Atri Anusuya shikhar temple.

The legend & temple story – The temple has been mentioned in the Devi Bhagawatam as “Matripura” or “Matapur” and the legend associated with
it elucidates the reason for this name. Renuka devi was the wife of Rishi Jamadagni and mother of Parashurama. She was a very pious woman
and a devoted wife, her chastity having gained her the ability to create a water pot out of sand every day. One unfortunate day she was attracted to
a gandharva and resultantly lost her boon. Despite having repented for her mistake, she faced the terrible wrath of her husband. Jamadagni ordered
their son Parashurama to behead his mother for her fault. Parashurama obeyed his father’s order but after beheading her, she was brought back to
life by Jamadagni’s boon. At this moment, a low caste woman had tried to protect Renuka and in the process got beheaded as well. While reviving
the two women, their heads and bodies got exchanged and resultantly Renuka’s head got attached to the body of the low caste woman, resulting in
creation of Yellamma devi. 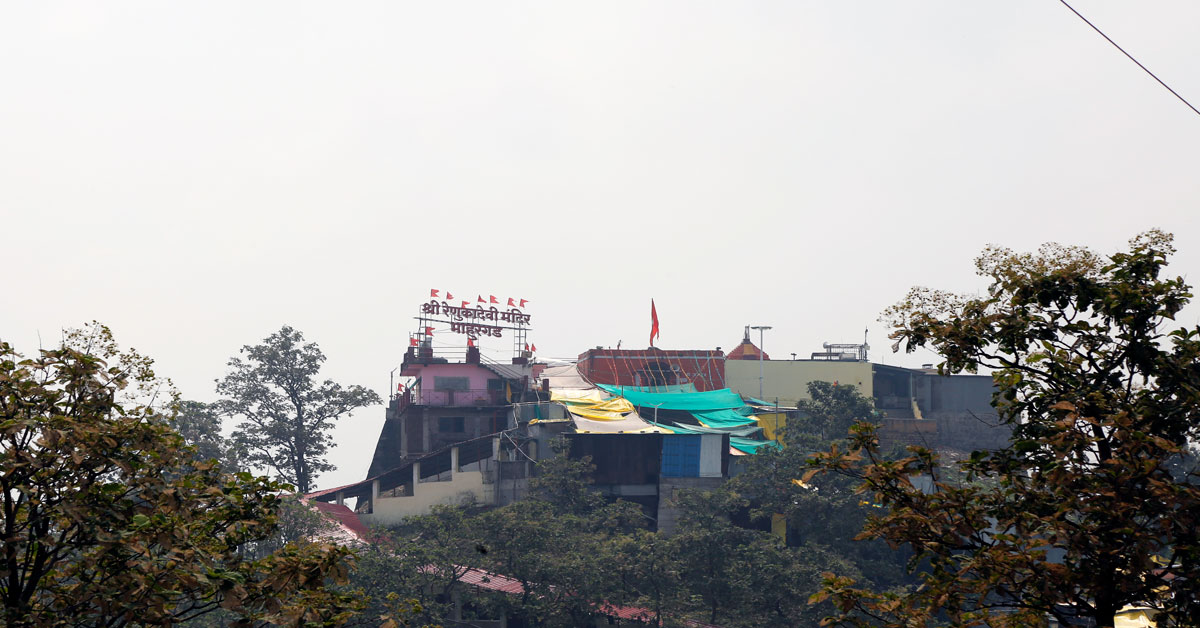 Another version of the story is that a king named Sahastrarjuna wanted to capture the wish fulfilling divine cow, Kamdhenu. In this process he
killed Rishi Jamadagni and Renuka devi, as a result Parashurama was furious and it was on this hilltop that he prayed to his mother and she
stayed here as Renuka Mata to fulfil the wishes of her devotees. The “Matru teerth” mountain and “Antyeshti Sthan” is a lake here where people
perform the last rites of the deceased. There are several other temples in the vicinity such as temples of Rishi Jamadagni, Lord Parashurama,
Kalika Mata temple, Dattatreya temple, Devdeveshwar temple and Pandav leni.

The biggest festival at the Renuka Mata temple or Matapur Niwasini Shri Jagdamba Devi temple is Navratri as the deity is considered a form of
Adiparashakti. A big fair is held on Vijayadashami to celebrate the occasion.

Things to do around – Apart from the numerous temples in the area and the remnants of Mahurgad fort, another special attraction is the
Unkeshwar hot springs which is 50km away. The sulphur rich waters of the spring are said to have medicinal properties.