At the western shore of India, washed by the waters of the Arabian Sea and bathed in the mellow light of the moon sits the holy temple of Somnath. Considered the foremost among the twelve holy Jyotirlinga shrines dedicated to Lord Shiva, Somnath temple has transcended the boundary of a religious place and become an icon in the history of India and Hinduism. 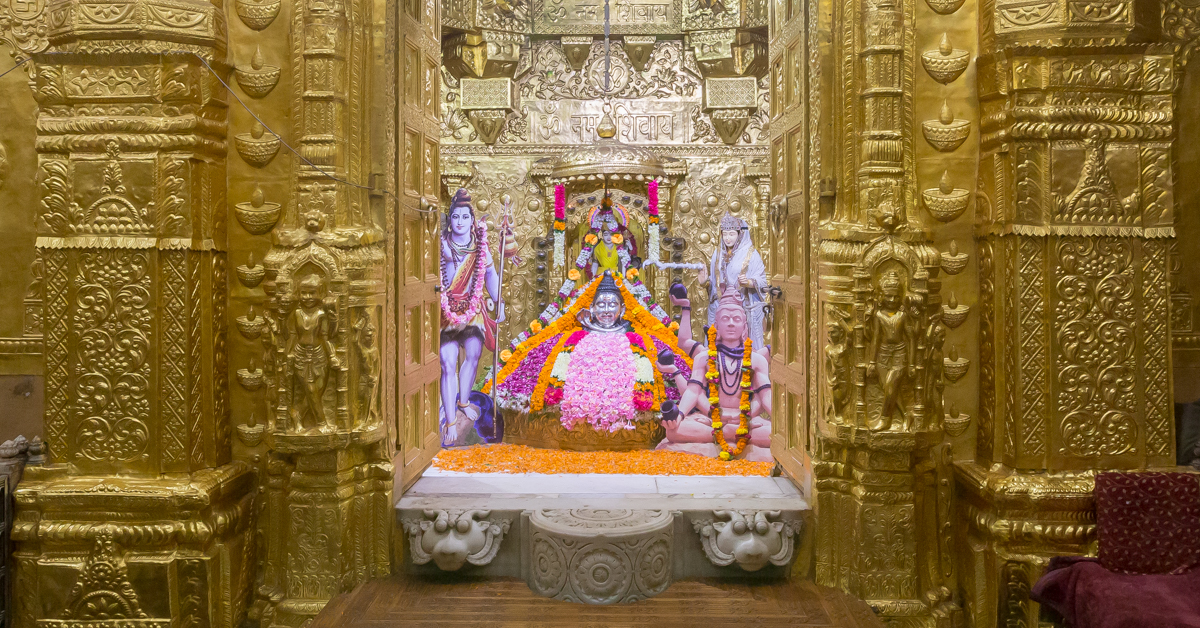 How to reach – Somnath temple is well connected to all parts of Gujarat. The nearest airport is Keshod at a distance of 55km while the Veraval railway station is only 7 km away. Private vehicles and buses are also available for ferrying visitors to the temple.

The legend – The Shiva Purana narrates that once Lord Brahma and Lord Vishnu got into an argument regarding the supremacy amongst the Tridevs. In order to settle the argument, Lord Shiva manifested himself in the form of an endless fiery column of light which spanned the three worlds and he asked Vishnu and Brahma to go and find the beginning and end of the column. Brahma in the form of a gander flew upwards and Vishnu in the form of a boar dug down into the ground in search of the beginning and end of the column of light but none of them could be successful. However, Brahma lied that he had found the pinnacle of the column while Vishnu accepted the truth that he couldn’t find the bottom. Angered by this lie, Shiva punished Brahma by cutting off his fifth head and cursed him that he wouldn’t be worshipped on earth.

The places where Shiva appeared as the Jyotirlinga became the Jyotirlinga shrines, Shiva Purana mentions that originally there were 64 Jyotirlinga shrines in India and Nepal area but 12 amongst them are considered the holiest, they are Somnath and Nageshwar in Gujarat, Mallikarjuna in Andhra Pradesh, Rameshwaram in Tamil Nadu, Kedarnath in Uttarakhand, Baidyanath in Jharkhand, Kashi Vishwanath in Uttar Pradesh, Mahakaleshwar and Omkareshwar in Madhya Pradesh, Bhimashankar, Trimbakeshwar and Grishneshwar in Maharashtra.  Jyotirlinga is the partless reality or the supreme form of Lord Shiva. It signifies the endless presence and significance of the Lord of Lords.

The Somnath temple which literally translates into “Lord of the Moon” is located in the Gir Somnath district of Gujarat. The legend associated with this temple narrates that once upon a time, Chandra or the Moon god was cursed by Prajapati Daksha that he would lose his lustre and become invisible. In order to get rid of this curse, Chandra worshipped Lord Shiva at this place and bathed in the waters of the mythical river Saraswati. Thus he regained his lustre and the holy place where he worshipped came to be known as “Prabhas Patan”, “prabhas” meaning “brilliance”. It is also believed that Chandra himself constructed the original Somnath temple though the actual date of construction of the temple remains unknown. It is believed that the moon shines brightest at Somnath.

Interestingly, mentions of the Shiva temple are not found in ancient Sanskrit texts, however Prabhas Patan has been referred to in a number of old texts such as Mahabharata and Bhagvad Purana and poems of Kalidasa. In ancient times, Prabhas Patan was a holy pilgrimage site as it was the “triveni” or the confluence of three rivers, namely Kapila, Hiran and the legendary Saraswati. Apart from this mythological significance, this area has a lot of archaeological significance as well. A number of excavations had been undertaken to search for remnants of the original Somnath temple and these expeditions yielded evidence of very old human civilizations. Some of the oldest artifacts like amulets, pottery and ceramics indicate that human settlements were present here during pre-Harappan era, as early as 2nd millennium BCE. Since then at least 5 phases of human settlements have been identified.

The temple story – The history of Somnath temple is such that it can be likened to a phoenix bird which rises from its own ashes and reinvents itself. Somnath is one of the few temples which has faced a number of desecration and ravage at the hands of Muslim invaders but still the temple stands strong and is one of the most revered shrines in India.

Historians and Indologists have varying opinion regarding who built the first temple at Somnath but its generally believed that the Chalukya king Mularaja may have built the temple around 997 CE. In 1026 CE, the Turkish Muslim invader Mahmud of Ghazni attacked Somnath temple and devasted it. Mahmud of Ghazni was a religious fanatic whose aim was to propagate Islam by destroying Hindu temples and killing devotees. The barbaric invasion and desecration of Somnath temple at the hands of Mahmud became legendary both in the Middle East as well as in India. It is recorded by Al Biruni that Mahmud looted temple property worth 20 million dinars at that time and massacred about 50,000 Hindus who were trying to oppose him. The heinous act was portrayed in such a way in Persian literature that he was hailed as a hero and the destruction of Somnath became an icon of the spread of Islam. This legend kept appearing in various Persian texts for as long as one thousand years.  On the other hand, the Hindus started to see Mahmud as an arch enemy.

In 12th century, Kumarpala rebuilt the Somnath temple but in 1299 CE, Alauddin Khalji’s army under Ulugh Khan ransacked the temple again. After a while the temple was rebuilt by Mahipala I of Saurashtra and his son Khengara established the idol. In 1395 CE, Zafar Khan again attacked Somnath and in 1451 CE, Mehmud Begada desecrated the temple. In 1665 CE, Emperor Aurangzeb ordered the destruction and after that Maharani Ahilyabai Holkar of Indore reconstructed the temple. After these repeated episodes of destruction and re-construction, finally after India’s independence, the temple was re-built in 1951 under the guidance of Sardar Vallabhbhai Patel and K.M. Munshi.

The present Somnath temple is built in the Maru-Gurjara architectural style and is one of the most beautiful temples in Gujarat. The two storeyed temple has a beautiful shikhara and intricately carved series of pillars. Interesting fact is, some panels from the older versions of the temple which had been retrieved have also been incorporated into the present structure. Although the colour of the stone does not match and many portions are denuded by the passage of time, yet they tell the story of the erstwhile splendour of the temple.

The miracle of the levitating shivlinga of Somnath – Historical accounts state that the shivlinga at Somanth temple floats in mid air without any support, in other words, it is levitating. When Mahmud of Ghazni attacked, he was awestruck by this marvel and became curious to know the secret behind the levitating idol. After much investigation, no visible or invisible support could be found for the idol, yet it floated in mid-air. Then someone came forward with the scientific explanation that the canopy above the idol was made of loadstones (magnetite) and that the idol itself was made of iron. It was an outstanding feat of engineering marvel whereby the temple architects could accurately create the magnetic field which would support the idol in mid-air. Its unfortunate that Mahmud destroyed the original idol and we do not get to witness this exceptional sight.

The present idol of Lord Shiva is beautifully decorated with gold, silver and flowers. The insides of the temple are resplendent and yet give a sense of spiritual calm to the lakhs of devotees who come here to pay homage to Lord Shiva. Somnath temple welcomes visitors all year round but maximum people visit during the holy festival of Shivratri. Apart from its religious and spiritual importance, Somnath temple is a reminder of the ability to rebound from destruction and the resilience of faith.