The veena is India’s national musical instrument. It is one of the most ancient instruments belonging to the chordophone family and finds
mention in Indian texts as early as 1700 BCE. Veena finds popularity in Hindu mythology as Devi Saraswati plays the veena, Lord Shiva is
seen playing the veena in His “Vinadhara” avtar, Rishi Narada was a proficient veena player, even Ravana was a veena player per excellence. 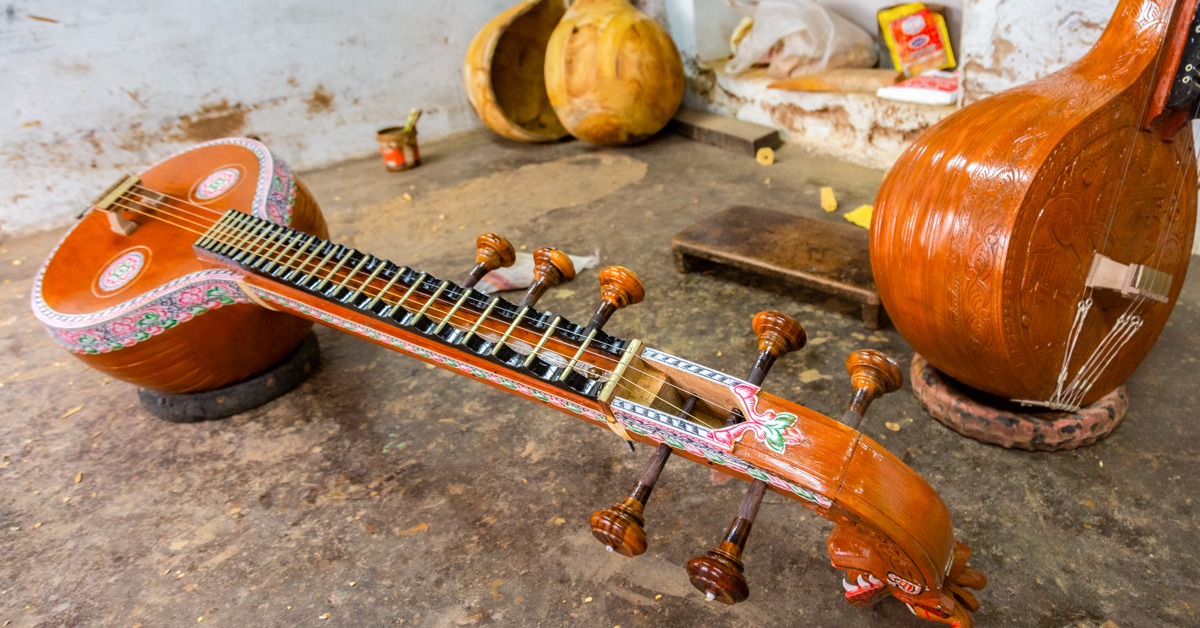 Presently there are four types of veena – rudra & vichitra popular in Hindustani classical music and Saraswati & chitra veena popular in Carnatic
music. The only place where the Saraswati veena is made is in the town of Thanjavur in Tamil Nadu. 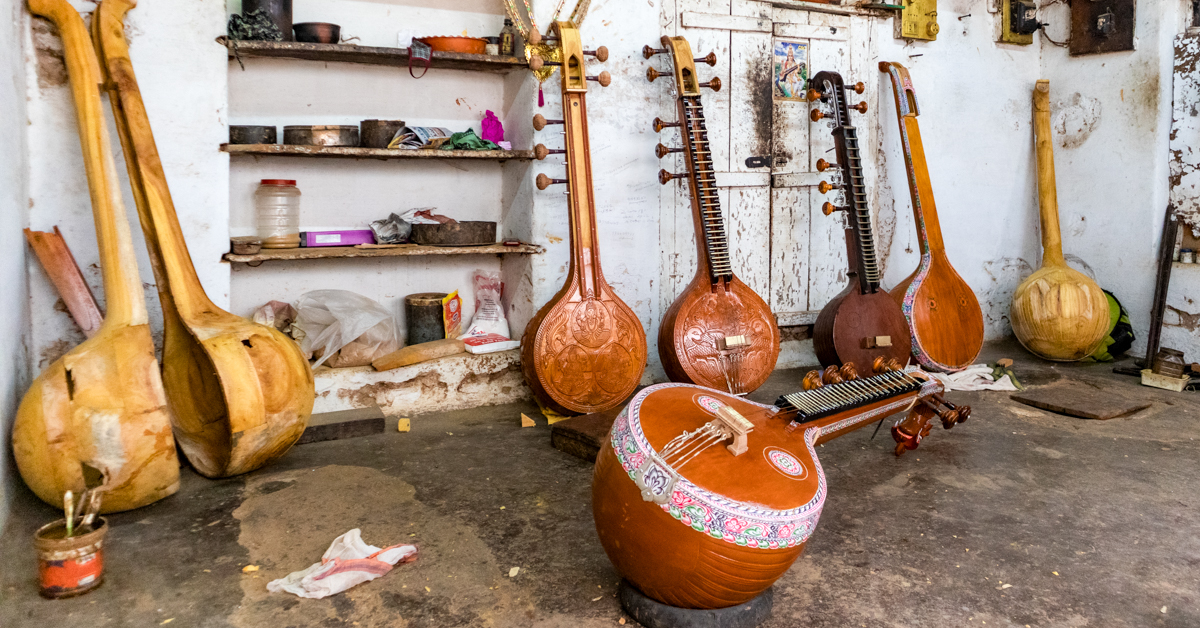 An aged craftsman, son of another veena craftsman by the name Mahadevachari tells a tale of this craft. Making a veena is a skill passed from
generation to generation and right from cutting the wood to finetuning the strings, everything is done by hand in the traditional way, moreover this
type of veena is only manufactured here, nowhere else.

As per tradition, wood from the jackfruit tree is the only type of wood used as it is adaptive to all weather and has fine pores which help amplify the
resonance and echo, two very crucial factors in a veena. Other instruments like tambura, mridangam, ganjira & thimila are also made from jackfruit
wood. Each stage in the making of veena requires talent, patience and eye for detail, only then can it produce the melodies that it does. Interestingly,
the more aged the veena is, the better its tonal quality (nadam) is, as a result people sometimes wish to buy older veenas over new ones.

Presently only a handful of Thanjavur families are engaged in making the Saraswati veena and younger generations tend to avoid joining the trade
as it is not profitable and hardly allows the artisans a meagre sustenance. The Government of India has awarded the GI tag to Thanjavur veena,
aiming to showcase its exclusivity to the world and also improve the condition of the veena artisans. Although tourists visit the workshops and
admire the craft, but still a lot is left to be done so that this traditional craft does not dwindle into oblivion.