The Mahalaxmi temple or Ambabai Mandir in Kolhapur city of Maharashtra is counted amongst one of the 51 Shaktipeethas or Satipeethas,
according to Devi Purana. In Skanda Purana, the mention of the Devi is made as “Karaveera Nivasini” meaning one who resides at Karaveera,
referring to modern day Kolhapur. 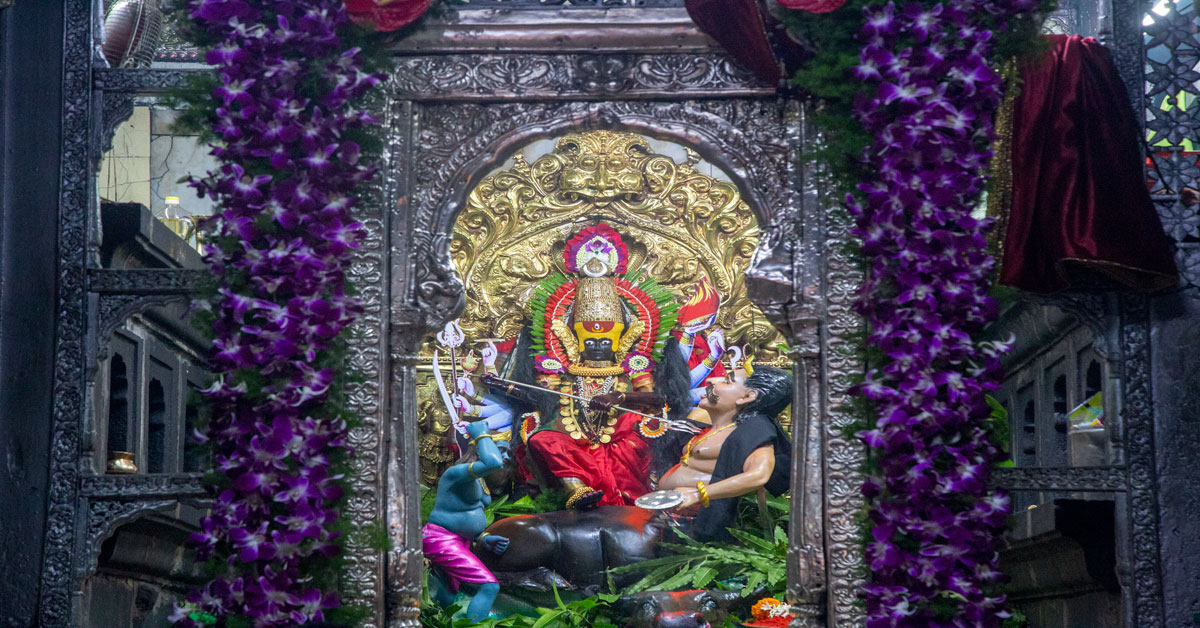 Location – Kolhapur is located about 376km from Mumbai and 233km from Pune. The city being one of the important commercial centres of
Mahrashtra, is well connected to all other parts and transportation is easily accessible by road, rail & air. The Mahalaxmi mandir is situated in the
heart of the city.

The legend and temple story – Mahalaxmi is one the many forms of Adishakti and this temple being one of the most ancient and popular ones, is
counted amongst the most important places for worshippers of Shakti. The temple was built in 634 CE by Chalukya ruler Karndeva in Hemadpanthi
architectural style. This temple was visited by number of ancient rulers belonging to Shilahara, Chalukyas & Yadavas of Devagiri. More recently,
Chhatrapati Shivaji Maharaj and Chhatrapati Sambhaji Maharaj were regular visitors here.

Kolhapur mahalaxmi temple’s long history passes through the reign of numerous kingdoms and Muslim invasions and has stood the test of time. From time
to time, features like new gates, Ganapati idol, Mahasaraswati mandir, Nagarkhana, deepmalas were added by various kings. During the rule of
Sambhaji Maharaj, the idol which had been hidden away to save it from Muslim invasions was re-discovered and reinstalled and eventually
Mahalaxmi devi became the Deity of Maharashtra. Today the temple is thronged by thousands of devotees from all over the country and during
festivals the number goes into lakhs. 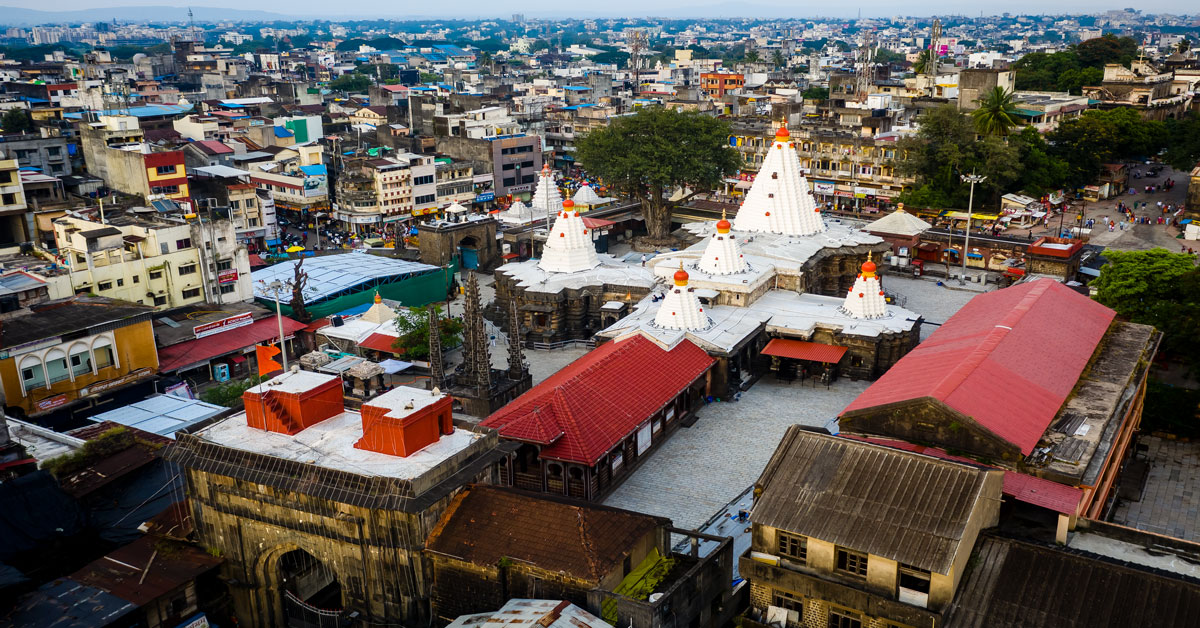 Mahalaxmi idol is made of black stone and 3 feet in height. Breaking away from tradition, the Devi faces west as opposed to north. There’s a small
window on the western wall of the temple which allows rays of the setting sun to illuminate the idol for 3 days, twice a year. This architectural
marvel is the origin of the festival of “Kirnotsav” or Festival of sun rays. The four-armed goddess holds a Matulinga fruit, mace, shield and a
panapatra in her hands. A stone lion, which is her steed stands behind her. Mahalaxmi devi is decorated in exquisite jewels and draped in sarees.
During special festivals, the floral decorations and lighting add to the grandeur of the temple complex.

Several other shrines dedicated to deities such as Navagrahas, Surya, Maha Saraswati, Mahisasuramardini, Vitthal-Rukmini, Shiva, Vishnu and
Bhavani are present inside. The octagonal structure of Sheshashayee Vishnu close to the eastern gate has a panel decorated with statues of 60
Jain tirthankaras, indicating that one of the patron kings of the temple was a Jain.

The Kirnotsav festival which happens twice a year is unique. On the first day, the rays of the setting sun enters through the Garud mandap and
touches the idol’s feet, the next day it touches the stomach area and on day three the rays illuminate the divine face of the idol. Witnessing this
festival is truly a lifetime experience and one cannot help but wonder at the engineering talent of the temple architects. The festival happens
around January and November and March and September. The other important festivals celebrated here are Lalitpanchami and Navratri. 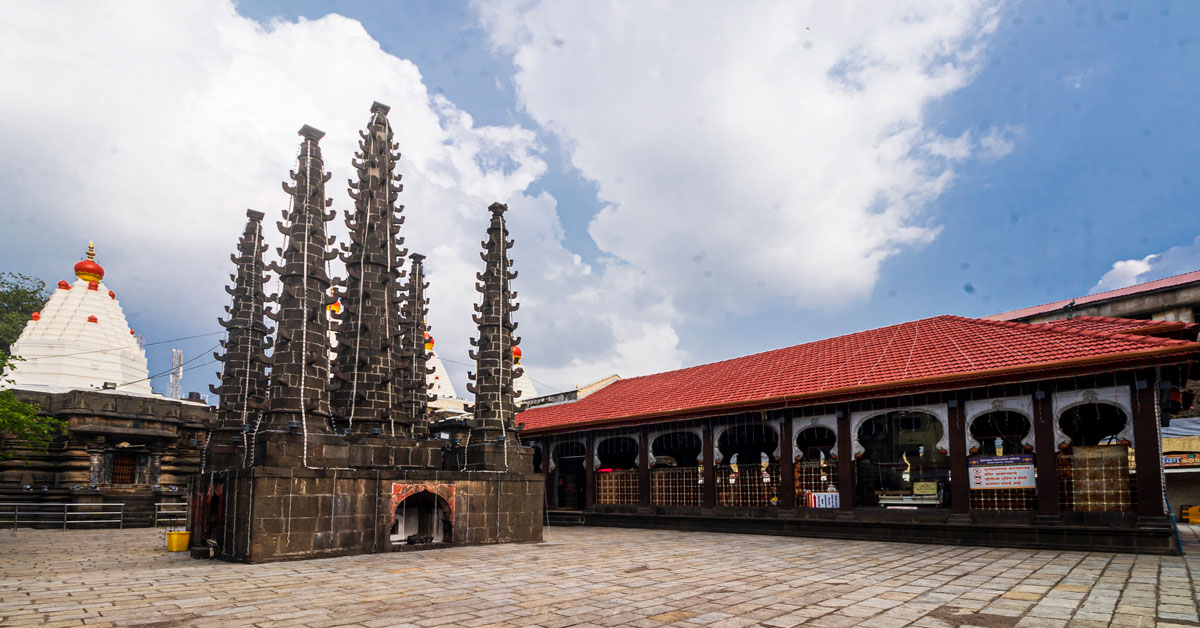 Things to do around – Kolhapur is one of the oldest cities in Maharashtra and is repelete in history and culture. Apart from the Mahalaxmi temple,
other places worth paying a visit are the Maharaja’s palace, Botanical garden, Siddhagiri museum, Bhavani mandap, Radhanagari wildlife sanctuary
& Rankala lake. Travelling to a new place without tasting the local cuisine is unfair, both to the tourist and also to the place. So tasting the famed
Kolhapuri misal is a must. Apart from that, tambda-pandhra rassa, Kolhapuri mutton thali are also famous.

Accomodation is easy to get and cater to the needs of all types of tourists. Hotels near mahalaxmi temple kolhapur, The dharmashalas for pilgrims and also boutique 5 star
hotels here. Kolhapur is also a good place for shopping. The Kolhapuri leather footwear are world famous and authentic chappals are available
here for very reasonable prices. Another attraction here is Kolhapuri jewellery, which is locally known as “Kolhapuri saaj”. It’s a unique type of
jewellery making indigenous to this region.